Mini-Mover Conveyors is pleased to be part of fabFAB, a permanent interactive children’s exhibit at the Children’s Museum of La Crosse, Wis. Designed by Toboggan Design of Montreal, QC, this multi-station display invites children to experiment with important parts of the manufacturing process (Activate, Organize, Plan, Operate, Create, Assemble). 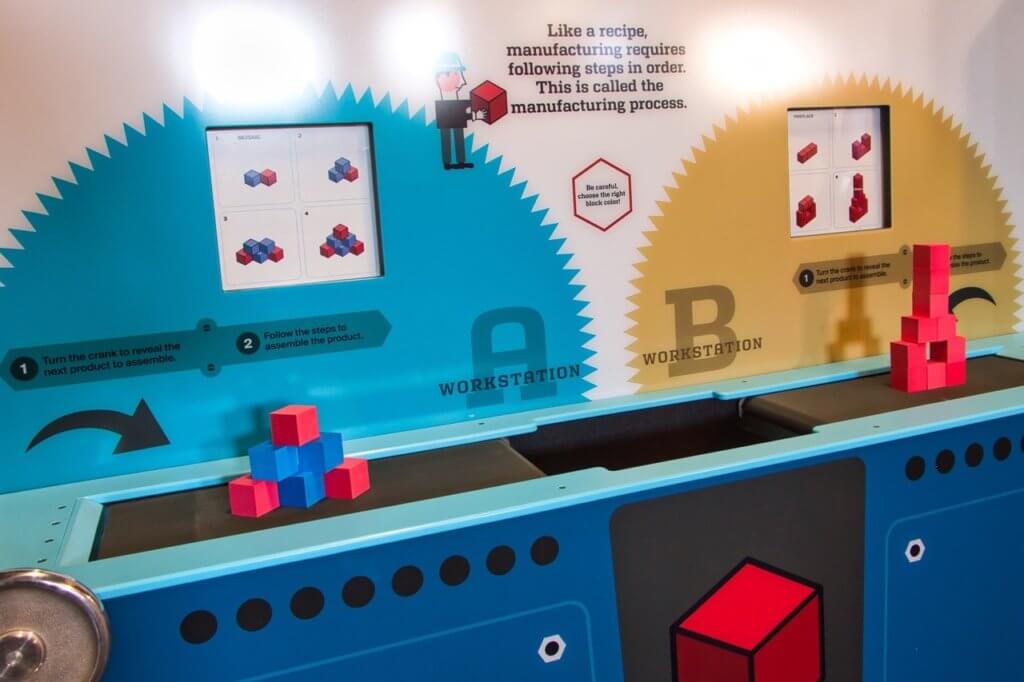 Founded in 1999, Toboggan Design is a creative studio which designs and develops playful and mindful interactive experiences, environments and objects — with an emphasis on museum projects of a historical, cultural and scientific nature, including many projects for younger audiences.

The Children’s Museum of La Crosse welcomes 70,000+ visitors per year from a 75-mile radius of La Crosse, Wisc. and beyond. The Museum and its interactive exhibits, camps and games are targeted to children aged 1-10 and their adult companions. Since opening day, over 1 million people have explored and enjoyed the Museum’s three floors of hands-on exhibits and related programs. 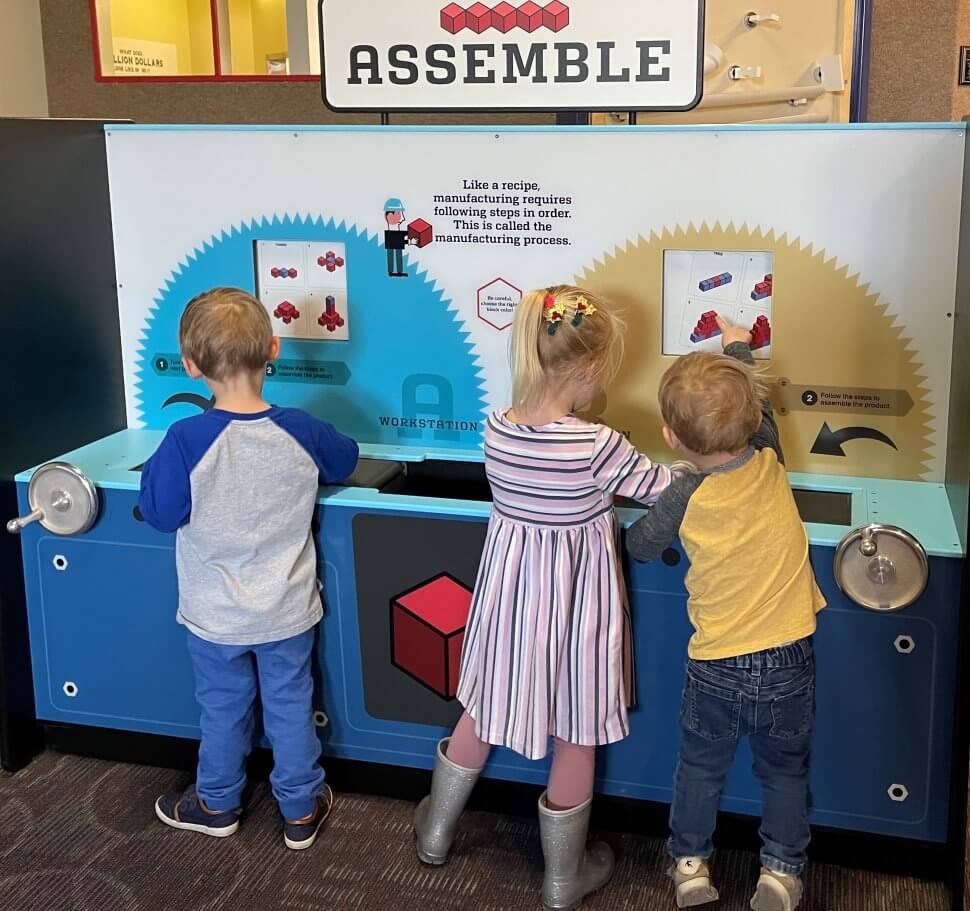